I’m hugging my coffee this morning after a late arrival home last night from an epic road trip along the New England coast. It was a whirlwind trip (no pun intended) that started with a hurricane in Cape Cod and ended with the all the warmth and sun that late summer brings. This trip was a mishmash of stops and sites, including a stay in not one, but two haunted hotels, strolls along some of the most beautiful beaches and sand dunes in Cape Cod and a visit to Salem to check it off my bucket list.

We stayed our first night in New York state at the grand Hotel Utica. This graceful old hotel has had some very famous guests including Amelia Earhart, Franklin D Roosevelt, and Judy Garland, just to name a few. Even though this hotel has had extensive renovations done there is still an old-world charm about it. It also has a reputation for being haunted. Figures have been seen on the second floor balustrade and in the kitchen area and reports of strange phenomenon have been received from some of the rooms.

There have been paranormal reports in rooms 408, 409 and 410 so of course I chose 408 when it became available. I didn’t have really high hopes of catching any ghostly shenanigans but I still took a ton of photos just in case. We ended up gobsmacked with a series of pictures taken all together which show something that we chalked up to paranormal. It came and went in the photos like a snap of the fingers. In the photos you can see a green glow suddenly appear in the bathroom and then move across the room before disappearing as quickly as it arrived. I wasn’t moving during the picture taking and they were all taken in quick succession.  We can’t explain the green glow, but even though we were freaked out over the pictures we never felt uncomfortable in our room and ended up having a very good sleep.

After a good breakfast we said goodbye to this glorious little hotel and continued on our way down to the Cape. We weren’t sure what the weather would do and we were praying that the hurricane would head out to sea, but it had other plans and arrived in Provincetown at about the same time we did. 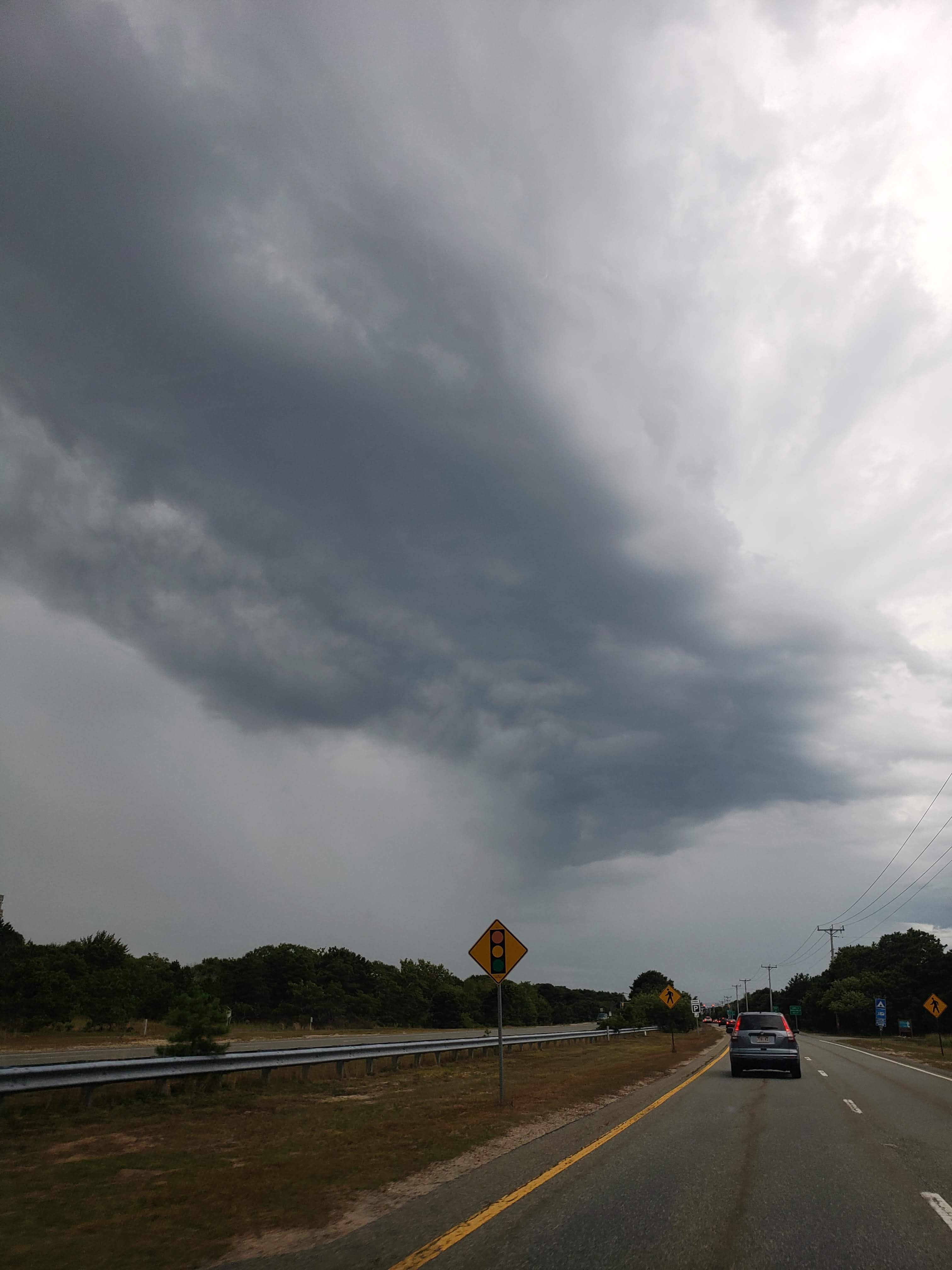 Even with the wet and windy weather we still did a tour of this fun, eclectic town at the tip of the Cape. We met some friendly people who gave us tips on what to see and where to get the world famous Cabots Salt Water Taffy (which we bought a lot of) and we had drinks with a local guy who loves Canada as much as we love the Cape. You can spend a whole day in Provincetown, but this wasn’t our first time there so we toured the harbour and downtown for a while before heading back up the Cape to our hotel for the next two nights.

For the next two days we toured around Cape Cod stopping at beautiful beaches and eating as much seafood as we possibly could. The skies cleared up and the wind eventually died down so we had a great few days exploring small towns like Truro, Chatham, Falmouth and Woods Hole (just to name a few). We didn’t get out to Martha’s Vineyard because the ferry wasn’t running on our last morning due to the rough waters, but we did manage to find some shopping time and a lobster roll or two. If you are able to get to Cape Cod we would suggest that you stay in one of the towns I mentioned before.  Traffic on and off the Cape can be very heavy so the less time spent in it means the more time you have for sightseeing!

After a few days exploring the Cape, we checked out and headed north towards Salem. We did a little detour into Boston harbour on the way to see the U.S.S. Constitution, the world’s oldest commissioned naval vessel still afloat, launched in 1797.  She is quite an impressive ship and it’s a little like Fort Knox getting in to see her. Because she is still commissioned and owned by the US Navy you have to be screened pretty intently on the way in; it was a much closer inspection that coming across the border. We had a great time climbing around onboard and learning about the ship and how they’ve kept her in such good condition. 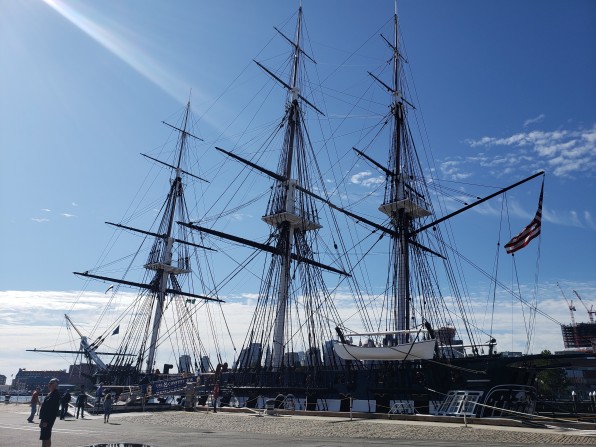 Salem Massachusetts was the last stop on our road trip. It’s been on my bucket list for a long time so its great to check it off. Salem is also the home of the other haunted inn that we had booked called the Salem Inn. This inn turned out to be one of our favourites – full of character and charm. Our room was huge and had large windows looking out at none other than the famous Witch House, one of the most recognizable buildings in Salem. 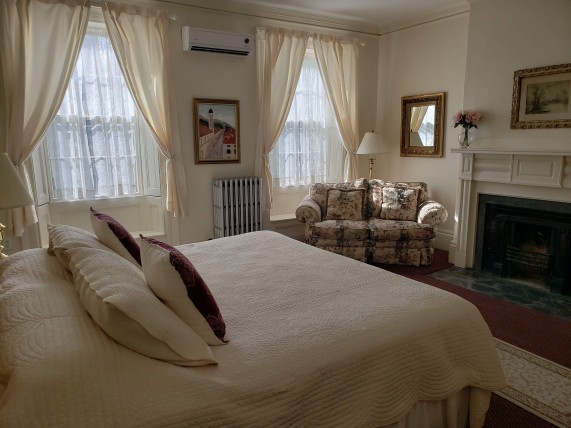 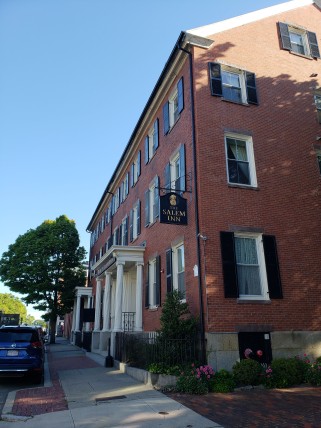 The bed was very comfortable and the room was surprisingly quiet considering that it is on a busy street. Although the owners strongly state that it is NOT haunted, it’s a different story from guests and employees of the inn. We took a ton of pictures again but found nothing unusual. There were some weird sounds now and then but most likely just “old building” moans and groans. Overall it was a great stay right in the heart of city and we’d recommend it to anyone going to Salem. 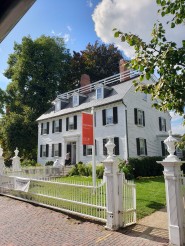 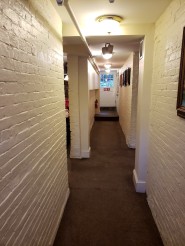 We had some fantastic food in Salem and did some more shopping. It’s fun to people watch while sipping martinis, or Lobstertinis, on the patio – witches and witch craft stores are everywhere. 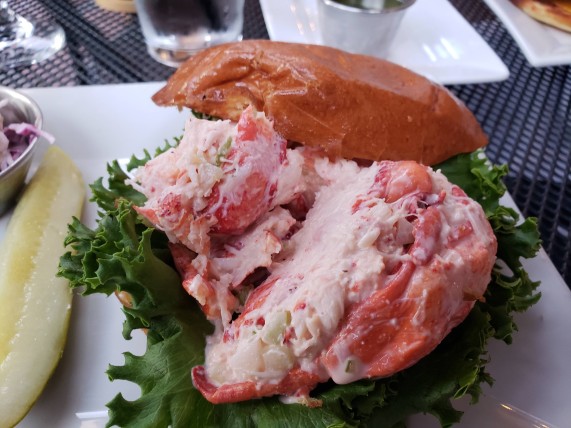 A trolley ride around the city showed us all the sites and gave us a good history of the city. It’s surprising to note that in the almost 400 years of Salem’s history, its reputation and theme today are driven from just two years of that past. The Salem Witch Trials marked a very dark time in the city’s history and the city pays homage now with a memorial to those who lost their lives to the witch hysteria. Its a sobering moment to visit this place.  Having said that, there is a fun vibe in the downtown core of the city and the number of magic and witch craft stores on every corner remind you where you are. There is no shortage of good restaurants too. 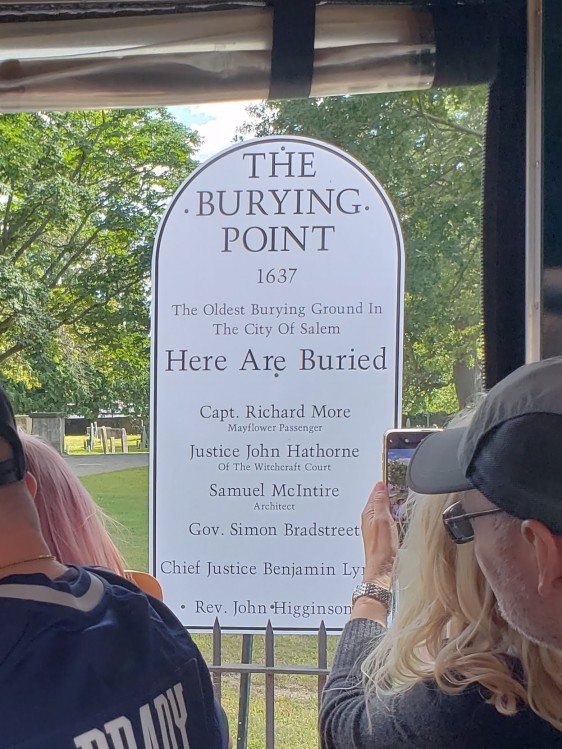 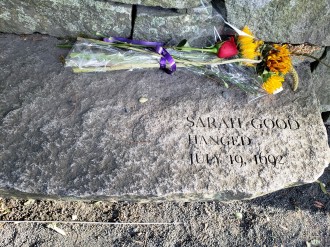 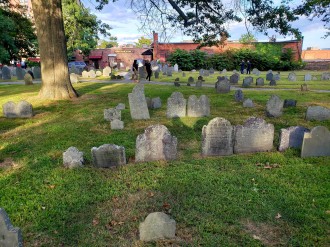 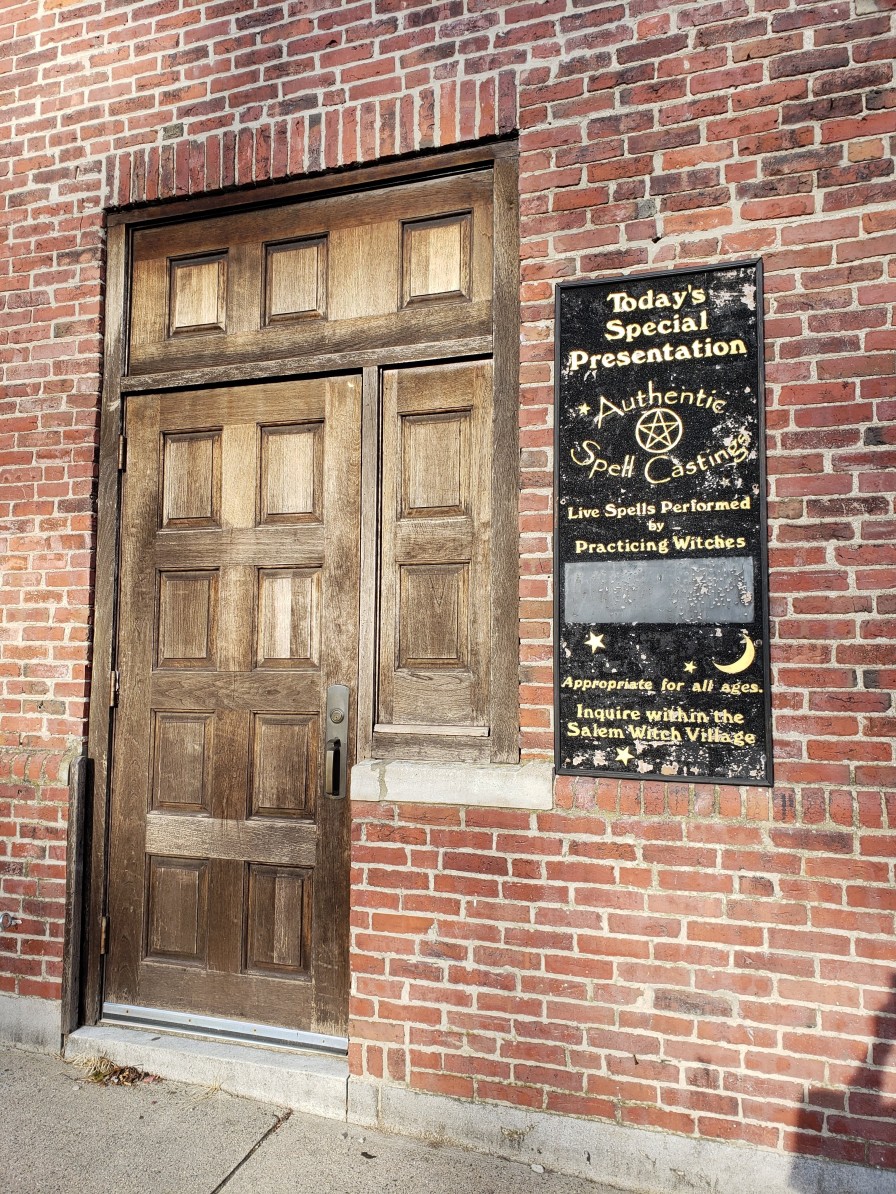 We had a great stay in Salem and took our time hitting the road again for home the next morning.  Overall we had a great road trip that covered seafood, haunted inns and oceanscapes – everything we wanted and more.

Hi my name is Kellie and even before my plane lands I am already looking ahead to the next adventure. Truth be told I never want the adventures to end and when I look back I don’t just embrace the “big” travels but I cherish all the little adventures too. Every day is a gift not to be taken for granted.  I find a day trip to the city with girl friends just as enriching as a few weeks abroad.     I wake up in the morning wondering what new adventures I’ll find today.

“Blessed are the curious for they shall have adventures.” – Lovelle Drachman